Grateful for all support and all motivating words i have received over all the years inspired to work passionately and tireless for my art , if you like my music support my art in the best  it can be done: subscribing , following and buying my music , this is the best way can be done to make happiness come true….sending love and music to the world. 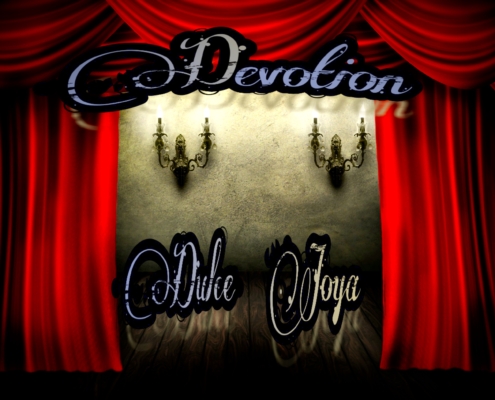 The journey into the works of a new artist came upon me in 2017 when I sojourned with the fluent and passionate refrains of Dulce Joya on her debut release Reality of Dreams, now the artist is back with a truly magnificent new album entitled Devotion and what a splendid album it is indeed.

From the very opening piece Joya grabs you by the musical collar and never lets you go, the powerful but utterly impressive Passione Nocturnale starts the proceedings and is in my view one of the best solo piano pieces and performances I have heard for many years, fast paced and filled with a sense of urgency, but so beautifully played.

That aforementioned style is matched so colourfully with one of my personal favourites in the heart felt and deeply moving opus of Yes It is You. The dance with major and minor here was emotive and quite reflective, and mixed the combinations of New Age Piano and a more commercial style incredibly well.

An artist like Dulce Joya has the ability to play light and dark, sunshine and shadow and that can be felt on classy pieces like Forgotten Worlds, her performance here would easily grasp a standing ovation with ease. The more sensitive textures can be also found on tracks like the mood filled opus of My Untamed Soul in Yours, it is indeed an album with something for everyone’s taste.

This is really one of those solo piano journeys you never want to end, the presentations from the artist are all full flowing, and filled with passionate streaming rivers of emotion that Joya is clearly in touch with, like the crafted nuances of From Ancient Time We Meet Again, or the climatic ending composition Mistery Among Candles, an offering that could easily be part of a film soundtrack.

Dulce Joya in my view has created her best work so far with Devotion, and in doing so has raised the bar of professionalism more than just a single notch of the ladder, this in my opinion is the apex of performance and presentation in what is an overcrowded genre of solo piano, but Devotion a classy release of ten quality tracks, is not only an album that stands out from the crowd, it is one that screams and demands to be listened to, and has to be one of the best solo piano albums of the last decade with ease. 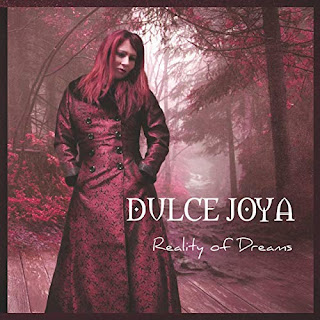 Classically trained pianist and composer Dulce Joya began her musical studies at the age of six at an arts school in her native Cuba. Having studied, performed and taught music in Colombia, Austria and her current home of Germany, she creates solo piano vistas that blur the boundaries between reality and fantasy. Weaving elements of classical, progressive rock and theater music into the twelve compositions that comprise her glowing debut album, Reality of Dreams is a potent manifestation of this versatile composer’s ability to write musical poetry inspired by philosophical musings and novel-like romance.

“Romantic Power” is a dynamic opener that immediately showcases Dulce Joya’s boldly intricate piano-playing, as she effortlessly moves through the registers. Like with most of her other pieces on this album, she places much emphasis in the lower keys, which notably contributes to the overall richness and solemnity of her compositions. The next piece, “Call of the King”, feels appropriately regal and processional-like while displaying a renaissance flair. The composer then smoothly connects the middle bridge with a fluttering figure on the keys before eventually reverting to a more pronounced motif.

One of my favorite pieces the album is “Shadows of my Soul”, a contemplative number that passes through several tonal phases, while its neatly stringed-together fragments perhaps mirror the many aspects and complexities of one’s psyche. I’m also particularly fond of the aptly-titled “Winter Dreams”, a more spacious and slower-placed number which indeed exudes both wintry and dreamlike quality.

“Fallen Angel” precedes the album’s final piece at a lengthy 8:13 minutes with a notably classical and complex arrangement. A wholly immersive musical suite, the melody cascades with a powerful force like majestic river rapids, eventually subsiding towards the end into a delicate stream. And finally, the heartfelt “Goodbye” is perhaps not as wistful as its title may suggest, but rather exudes an air of optimistic solace.

Impressively cinematic and theatrical in her approach, Dulce Joya is simply a natural at musical narration, her compositions striking a perfect balance between vivid expression and subtle inflection at all the right moments. An artistically mature debut from a top-notch composer, Reality of Dreams is chock-full of sweepingly beautiful passages. It will especially appeal to listeners who appreciate neoclassical piano that’s tastefully ornamented with a passionately epic pizzazz! ~Candice Michelle

It has been over two years since I have the wondrous and beautiful piano playing of Dulce Joya. My first journey with this amazing soloist was Reality of Dreams.

Now the curtain opens again for Dulce on Devotion, a collection of 10 instrumental and epic piano compositions for those with an ear for a classical, new age, ambient, or just a good music without words type of listen.

Once again, I find myself mesmerized by this music. The tracks comprise the entire scale of human emotion and everything else in between. What Dulce creates is a soundtrack that could fit into so many lives and film scores for that matter. I heard the excitement, sadness, the rolling of the ocean’s tide as it hits the shore, sunshine, rain, well let’s just say her range is amazing. And to cover all of this within one recording to affect one listener in this manner is an implausible achievement. It takes a lot to get my attention after 21 years of covering music from around the world. It has to be quite exceptional for me to dive in and be able to flow with the music and let my words develop and flow as I listen.

Dulce’s passion and technical expertise with the ivory keys are exceptional and all 10 tracks can offer a demanding listener enough to hold their attention from start to finish. The classical influence is strong in her presentation however she does allow the discipline some breathing room so she goes into different directions and moods within one song. To articulate it as improvisation is almost a stretch because it is organized and so perfected. I am not sure how to explain it beyond that. I think that many listeners would consider it a new age classical as well. Essentially all you have to do is let it be whatever it is for you the individual. I think that is the most important factor for anyone’s listening experience.

I can tell potential listeners that this is beautiful music to be enjoyed anytime or anywhere. It is more than background music though, it absorbs you, relaxes you and empty’s your mind to make room for all the positive things in life. It is not happy time music, it is more of a time to reflect, focus and just let the sounds, emotions, and changes of the tempos guide you. It can take you away from the stresses of life we all experience for a while. For this listener, that is the absolute best kind of listen to take in.

Dulce is streaming one track from the album currently title “Yes It Is You,” which I have included here and on my New Age Music Reviews Spotify Playlist.

When I hear artistry like this on display, I wish that I could manipulate an instrument and create such beauty. But for now, my music is my words and I hope it captures your imagination like this music just did for me.

The Final on Vinyl

Tracks:
01. Passione Nocturnale
02. Yes It Is You
03. The Sound of Your Voice
04. Eternal Love
05. Forgotten Worlds
06. Oceanally Hearts
07. My Untamed Soul in Yours
08. The Endless Feelings of Mine
09. From Ancient Time We Meet Again
10. Mystery Among Candles